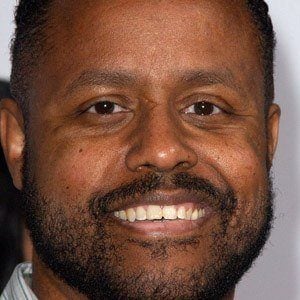 Music producer, songwriter, and composer who wrote the score for the 1996 film The Preacher's Wife. He won the 1989 Grammy Award for Best Gospel Performance by a Duo for his song "The Savior is Waiting."

He originally planned on attending medical school and even studied biology and mathematics for a time, but couldn't resist the lure of music.

He composed and arranged the musical score for the 2001 romantic comedy 'The Wedding Planner,' starring Jennifer Lopez and Matthew McConaughey.

He was raised by Mervyn Sr. and Barbara Warren within the Seventh-day Adventists denomination in which pop music and rhythm and blues were forbidden. He was punished for buying "Gratitude" by Earth, Wind & Fire when he was 12.

Mervyn Warren Is A Member Of