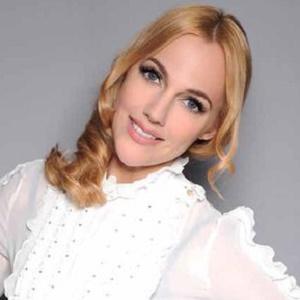 Turkish actress who won a Golden Butterfly Award in the Best Actress category for her role as Hurrem Sultan on the television series Muhtesem Yuzyll.

She attended and studied acting at Schauspielstudio Frese in Hamburg, Germany.

Her father, Huseyin, is Turkish and her mother, Ursula is German. She has three older siblings. In 2014 she welcomed a daughter with her former boyfriend Can Ateş.

Meryem Uzerli Is A Member Of