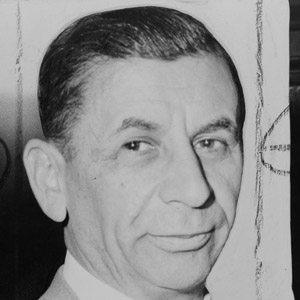 Major organized crime figure who developed a gambling empire which included casinos in Las Vegas, Cuba, The Bahamas and London.

In 1911, he immigrated to the United States through the port of Odessa with his mother and brother and settled in the Lower East Side of Manhattan, New York.

He was an instrumental figure in the development of the National Crime Syndicate, a confederation of mainly Italian and Jewish organized crime groups throughout the U.S., which included gangsters Al Capone and Bugsy Siegel.

His brother Jacob was the manager of the Nacional Hotel in Havana, Cuba.

He was a lifelong friend and partner of Lucky Luciano.

Meyer Lansky Is A Member Of