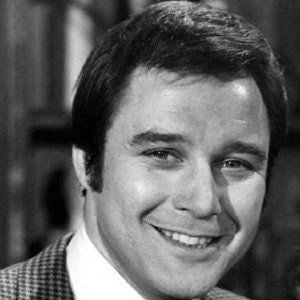 Broadway performer who appeared in productions of The Boy Friend, West Side Story, and Catch a Star. He also starred in a 1960s television sitcom called Occasional Wife.

He began his performing arts career as a comic and dancer in Philadelphia night clubs.

He appeared on such television shows as Fantasy Island and The Mary Tyler Moore Show.

He married third wife Karen Malouf in 1975; they divorced less than a decade later.

He appeared in The Interns, a 1962 film starring Cliff Robertson.

Michael Callan Is A Member Of