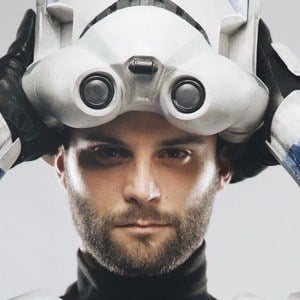 Famous as the co-founder of the popular motorbike brand Super73. He has often vlogged on his company's Super73 YouTube channel, and garnered popularity across all of his personal social media channels, as a massive Star Wars fan.

He studied at both Cyprus College and Saddleback College. He co-founded his company Super73 in June 2016.

He has amassed more than 310,000 followers to his rexin_around TikTok channel. He has also worked as a pro videographer.

His wife's name is Janay.

He and Adam Scott have been pictured together on his self-titled Instagram.

Michael Cannavo Is A Member Of