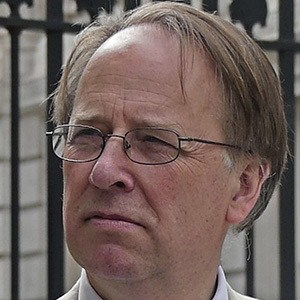 Journalist and author who is one of the founding members of the Channel 4 News Team. He remained there from 1982 to 1990. He went on to join the BBC, and then returned to Channel 4 in 2011.

He studied philosophy, politics and economics at New College, Oxford. While there, he was editor of the student newspaper Cherwell.

He has written several books, his first being "The March of Militant" in 1984.

His parents are teachers John Crick and Patricia Wright. He has three sisters, triplets Catherine, Anne and Beatrice. He had a daughter in 2006 with his partner Lucy Hetherington. He was married to Margaret Crick from 1985 to 2008. They had a daughter in 1987.

He won an award from the Royal Television Society in 1988 for his coverage of the George H.W. Bush election.

Michael Crick Is A Member Of