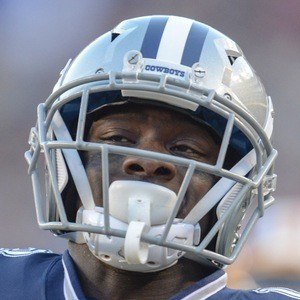 Wide receiver drafted in the third round of the NFL draft by the Dallas Cowboys. He was twice named to the All-Mountain West team as a player at Colorado State University.

He transferred to Colorado State after beginning his career at Butler Community College to improve his grades.

He was adopted when he was ten months old. During his rookie NFL season, his brother died by suicide.

He caught balls from quarterback Dak Prescott as a member of the Cowboys.

Michael Gallup Is A Member Of