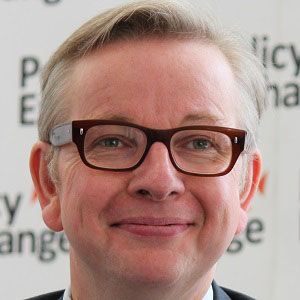 He was born in Edinburgh and was adopted by a family in Aberdeen at four months old. He was later President of the Oxford Union at Lady Margaret Hall, Oxford.

He is a proud Christian and pushed for the distribution of the King James Bible throughout schools in England and Wales. In 2012, he approved three schools which were run by creationists.

He married British journalist Sarah Vine in 2001; they have children named Beatrice and William.

He succeeded Ed Balls as the Secretary of State for Education in 2010.

Michael Gove Is A Member Of