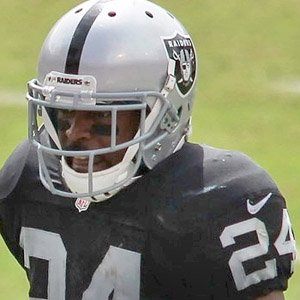 NFL safety best known for playing with the Oakland Raiders from 2006 to 2012. He was an All-Pro selection in 2010 and made a Super Bowl appearance as a member of the Denver Broncos in 2014.

He played multiple positions at Nimitz High School, where his #23 jersey was eventually retired.

He received the Jim Thorpe Award as the best defensive back in the country while playing at the University of Texas.

He has siblings named Terrence Holmes and Marcus King.

He was teammates with quarterback Vince Young at the University of Texas.

Michael Huff Is A Member Of