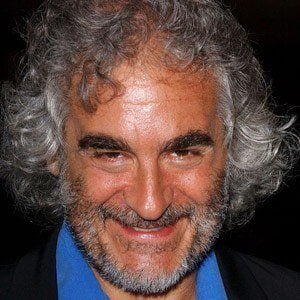 Orchestral arranger who wrote the scores for many films including 2000's "X-Men" and 1993's "The Three Musketeers." His ballad "(Everything I Do) I Do It for You," which was featured in the 1991 film Robin Hood: Prince of Thieves, spent seven weeks at the top of the Billboard Hot 100 chart.

He wrote 13 ballets and also worked with Pink Floyd on "The Wall," the group's 1979 double album.

He fathered two daughters with his wife Sandra Keenan-Kamen.

He wrote the song "Fields of Joy," which Lenny Kravitz performed.

Michael Kamen Is A Member Of