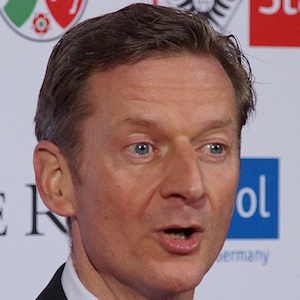 Actor who is famous for his career in German TV and film, including as a sketch comedian on the popular TV series Switch in 1999-2000. He also starred on the TV series Schillerstraße, Clueless Genius, and Switch: Reloaded.

He received his acting degree from Westfälische Schauspielschule Bochum in 1992. He began his performing career as a theater artist in Germany.

He appeared in the 2015 fantasy comedy film Look Who's Back as Michael. He provided German dubbing for the 2011 animated film Rango as Rattlesnake Jake. He

He was originally born and raised in Wiesbaden, Germany.

He appeared alongside Oliver Masucci in the 2015 film Look Who's Back.

Michael Kessler Is A Member Of