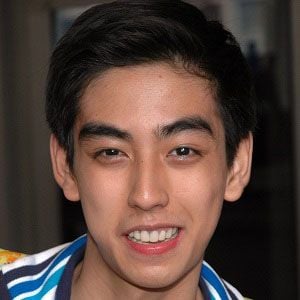 After finishing the 2013 World Junior Figure Skating Championships in fifth place, Martinez represented his native Philippines at the 2014 Winter Olympics in Sochi, Russia.

He made his International Skating Union debut in the 2010 to 2011 Junior Grand Prix. Three years later, he qualified for the Olympics after finishing seventh at the 2013 Nebelhorn Trophy event.

In 2014, he held the distinction of being the only Filipino to compete in the Olympics.

He and his two older siblings were raised in Paranaque and Muntinlupa, Philippines.

Michael Christian Martinez Is A Member Of