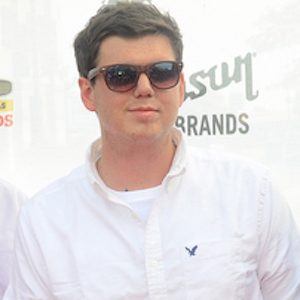 British guitarist who is best known as a member of the band Being as an Ocean. His band has released songs such as "The Poets Cry for More" and "Dissolve."

Hs band's album How We Both Wondrously Perish peaked at number nine on the US Indie charts in 2014.

He hails from Manchester in England.

He has been a member of the band Being as an Ocean along with lead singer Joel Quartuccio.

Michael McGough Is A Member Of