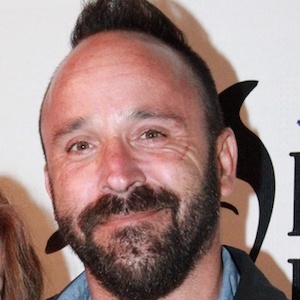 Photographer who has risen to massive renown shooting celebrity portraits and underwater candids of sharks. He has shot for high-profile film posters, including Captain America: Civil War and Deadpool 2, and captured Rihanna for her 2012 Unapologetic album cover.

He began his career in photography with it as a hobby. His early high profile clients were professional snowboarders.

His celebrity portraits have been featured on the covers of Vanity Fair, Harpers Bazaar, Esquire, and Rolling Stone magazines. He has also worked as a prolific photographer for the Marvel Cinematic Universe's individual movie posters, including for Guardians of the Galaxy and Spiderman: Homecoming.

He has worked with Manny Pacquiao and Michael Phelps for ad campaigns as a director.

Michael Muller Is A Member Of