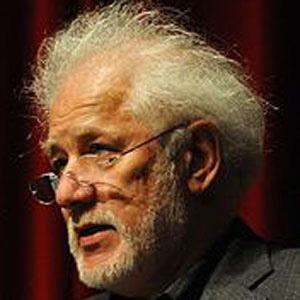 A popular Canadian author, he is best known for his Booker Prize-winning novel, The English Patient. His other works include Coming Through Slaughter and Anil's Ghost (novels) and The Dainty Monsters and The Cinnamon Peeler (poetry collections).

He studied at Bishop's College School and Bishop's University in Lennoxville, Quebec, and later received his bachelor's degree from the University of Toronto.

He was born in Sri Lanka; before becoming a Canadian citizen, he lived in England for a decade. With his wife, Linda Spalding, he had two children.

His novel, The English Patient, was made into an Academy Award-winning film starring Ralph Fiennes.

Michael Ondaatje Is A Member Of