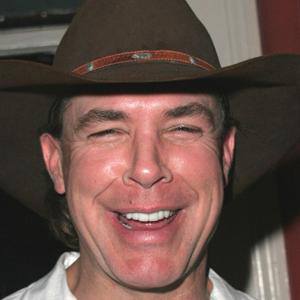 American country music singer whose debut #1 single, "From Here to Eternity," was released in 1997. His self-titled album charted at #17.

He went to Pacific Lutheran University on a football scholarship where he won a national championship before moving to Nashville and becoming a songwriter.

He performed a duet with Jenny Simpson in the song "Grow Young With You."

He was first inspired by music after listening to the same artists his grandmother listened to: Cole Porter and Roger Miller.

He co-wrote Travis Tritt's song, "No More Looking Over My Shoulder," in 1999.

Michael Peterson Is A Member Of