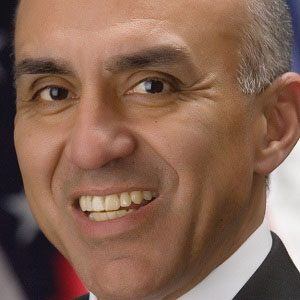 American attorney who became the 35th District Attorney of San Bernardino County in 2002.

He received a Bachelor’s Degree in Sociology from the University of California in Riverside in 1980 before booming a Probation Officer.

He made history when he became the first Hispanic district attorney in San Bernardino County in 2002.

He has an older sibling and he was raised in Redlands, California.

He is a hispanic member of the Republican party like Marco Rubio.

Michael A. Ramos Is A Member Of