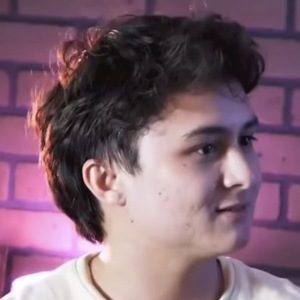 Filipino-American software writer who became known for his experiments with new technology and content involving robots as seen on his self-titled YouTube channel. He garnered more than 6 million subscribers. He has also been a part of Offline TV.

He founded a company called Infibit. Professionally, he became a full-stack developer while attending the University of Hawaii.

His first viral video was "The Robot That Shines a Laser in Your Eye." In May-June of 2018, his video "Electrocuting My Muscles to Force me to Dab" was watched nearly 1 million times in just one week. Since April of 2020, his "I Built A Surgery Robot" video has received over 20 million views.

He is from the United States. He has been dating fellow YouTuber Lilypichu.

He tweeted at Logan Paul asking him "you want this?" and posting his "Electrocuting My Muscles to Force me to Dab" video as an attachment.

Michael Reeves Is A Member Of