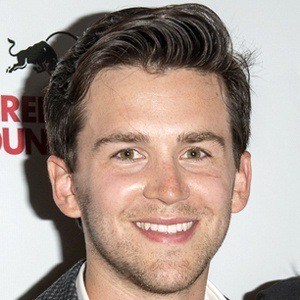 American actor who became known for playing Adam on the Netflix original series Grace and Frankie in 2015. He has also had roles on series like Frequency as well as in films like 2012's We Made This Movie.

He was a child actor who made his television debut on an episode of Late Show with David Letterman in 1994.

He is an avid golf enthusiast and has expressed a desire to design golf courses.

His mother passed away from bladder cancer when he was in his early 20's.

He has shared the screen with Jane Fonda on Grace and Frankie.

Michael Roman Is A Member Of