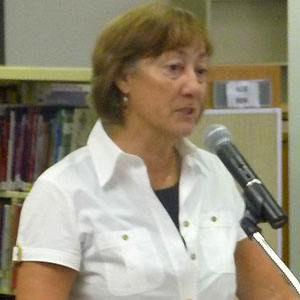 Children's author who won both the American Newbery Medal and the British Carnegie Medal. Her best known works include Walk Two Moons, Ruby Holler, and Love That Dog.

Following her college graduation, she taught literature and writing in both England and Switzerland. She published her first children's book, Absolutely Normal Chaos, in the United Kingdom in 1990. Walk Two Moons was published four years later in the United States.

She wrote several of her children's works, including Heartbeat and Love That Dog, in verse.

She and her four siblings, Dennis, Douglas, Thomas and Sandy, grew up in the Cleveland, Ohio suburb of South Euclid. She married New Jersey educator Lyle Rigg, and the couple had two children: Karin and Rob.

Sharon Creech Is A Member Of