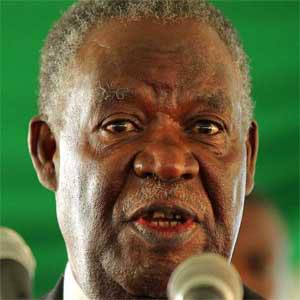 Politician who became the fifth President of Zambia in 2011 and became the leader of the major political party Patriotic Front in 2001.

He worked as a police officer and a porter at Victoria Railway Station.

He became Governor of Lusaka in 1985 and made his mark by cleaning up streets and and building bridges in the city.

He married Christine Kaseba and they had eight children.

He ran against and lost to Levy Mwanawasa in the 2006 presidential election for Zambia.

Michael Sata Is A Member Of