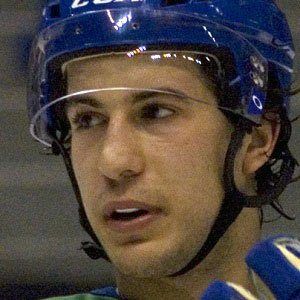 Defenseman who was selected 20th overall by the New York Rangers in the 2008 NHL Draft and went on to make his NHL debut for the team in 2009; traded to the Nashville Predators midway through the 2013-14 season.

When he made his NHL debut on October 2, 2009, he was the youngest defenseman in New York Rangers history to play on an opening night at 19 years old.

His father, Steven, played in the Canadian Football League.

He joined star goalkeeper Henrik Lundqvist on the Rangers in 2009.

Michael Del Zotto Is A Member Of