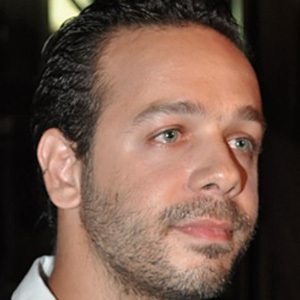 Lebanese composer who is best recognized for being one of the first artists to merge classical and modern styles of Lebanese music. He is also known for having founded O By Michel Fadel which serves as an entertainment hub throughout Beirut featuring live concerts and performances.

He first started gaining attention for his music career at the age of eight when he won a prize for competing in the Holy Spirit University of Kaslik competition. He then went on to study music at the Higher National Conservatory of Beirut.

He is also known for having gone on to study composition and orchestral studies at the esteemed Conservatorio Giovanni Battista Martini musical college.

He was born and raised in Beirut, Lebanon and was introduced to music by his father who was also a musician.

He shared a photo with politician Samir Geagea attending a show at his O venue to his Instagram in June of 2019.

Michel Fadel Is A Member Of