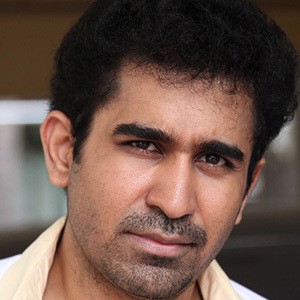 Indian composer, playback singer and actor who shot to fame after the release of his 2008 song Naaka Mukka. He also runs a popular YouTube channel where his music is heard by over 750,000 subscribers.

He earned his degree from Loyola College of Arts and Sciences.

He made his lead acting debut in the 2012 feature Naan.

His wife Fathima is a film producer.

He was cast in the 2019 movie Kolaigaran alongside Ashima Narwal.

Vijay Antony Is A Member Of