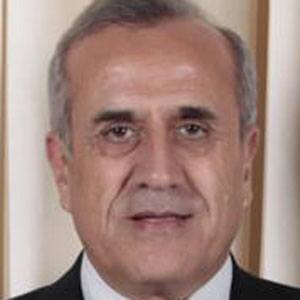 This Lebanese Independent politician served as his country's president from 2008 until 2014. Prior to beginning his political career, he spent a decade commanding the Lebanese Armed Forces.

He joined the Lebanese military at the age of nineteen and subsequently earned a bachelor's degree in politics from the Lebanese University.

During his time in the Lebanese Army, he played a key role in fighting the Fatah al-Islam terrorist group.

He and his wife, Wafaa Suleiman, welcomed three children between 1975 and 1983. Their oldest daughter, Rita, became a dentist, and their two younger children, Lara and Charbel, had careers in architecture and medicine, respectively.

He and one-time Prime Minister Rafic Hariri both had prominent careers in Lebanese politics.

Michel Suleiman Is A Member Of