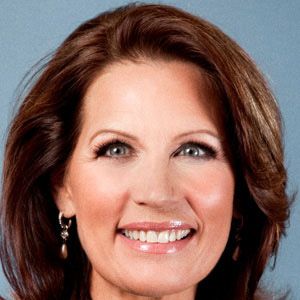 Republican politician who was a Member of the U.S. House of Representatives from Minnesota from 2007 to 2014. She has been called the "Queen of the Tea Party" and in 2012 she made an unsuccessful bid for the Republican nomination for President. She did, however, win the Iowa Caucus.

She attended Oral Roberts University and received a J.D. degree.

As a teenager she spent a summer on kibbutz Be'eri in Israel.

She married clinical therapist Marcus Bachmann in 1978 and has five children.

She voted against President George W. Bush's plan to put more American soldiers in Iraq in 2007.

Michele Bachmann Is A Member Of