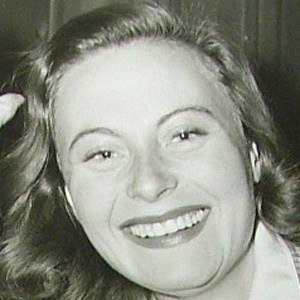 She was France's leading lady for much of the 1940s and '50s and appeared in classics like Passage to Marseille.

She took small roles in movies while studying drama under René Simon.

She settled to live in Los Angeles, where her house would later be made infamous as the site of the Manson family murders.

She had three high-profile marriages, and once married French actor and writer Gerard Oury.

She was a finalist for the lead part in Casablanca, opposite Humphrey Bogart, but could not take the part because of a money dispute between her studio and Warner Brothers Studios.

Michèle Morgan Is A Member Of