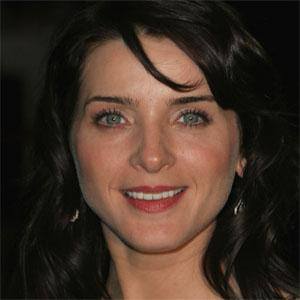 Former fashion model who turned actress with appearances in Law & Order, CSI, and The Shield.

She moved from Essex to New York at 14 and at age 17 got a bar tending gig at Manhattan's popular club Limelight.

She and her friend opened up their own pilates gym in 1997 called re:AB.

She married actor Jonny Lee Miller, who was previously married to Angelina Jolie.

She played the wife of Walton Goggins's character, Detective Shane Vendrell, on the FX Network's police drama The Shield.

Michele Hicks Is A Member Of