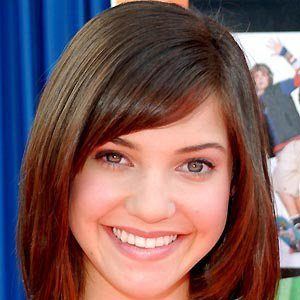 American actress best known for voicing the role of Young Kiara in The Lion King II: Simba's Pride. She also voiced the character of Eliza Pinchley on the animated series Family Guy.

Her first onscreen role was as Young Jodie in the film Stuart Saves His Family.

She was a guest-star in two episodes of Star Trek: Deep Space Nine.

She was born and raised in Pasadena, California.

She appeared alongside Bruce Willis in the 2005 film Hostage.

Michelle Horn Is A Member Of