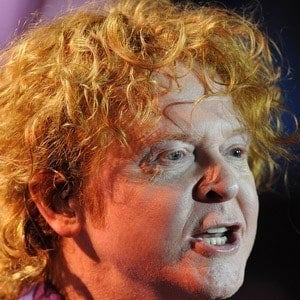 Singer-songwriter known for his signature red hair and for being the lead singer of the band Simply Red. He also played with The Frantic Elevators, among other ensembles.

He attended Audenshaw School and saw the Sex Pistols perform in 1976, becoming inspired to start his own band.

He has sold more than fifty million records over the course of his career.

He had a child with his wife Gabriella Wesberry, and claims to have slept with over one thousand women.

He owned the restaurant Man Ray with Johnny Depp.

Mick Hucknall Is A Member Of