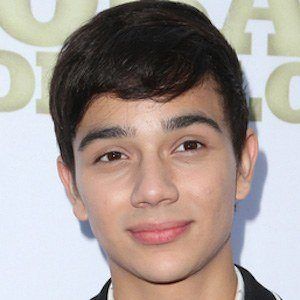 Colombian singer who reached the Top 20 of the Univision show La Banda. He also played Martin in the movie Escobar: Paradise Lost.

He appeared on El Factor Xs Series 3, the Colombian version of the X-Factor, when he was 12.

He was born in Colombia, but later moved to Orlando, FL. He has a brother named Matthew and a sister named Yuliana. His mother's name is Beatriz.

He was on La Banda with Johann Vera.

Micke Moreno Is A Member Of