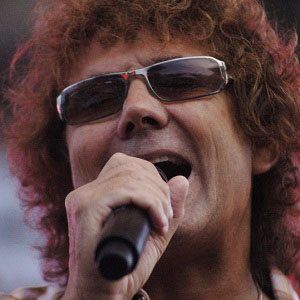 American singer who found success in the 70's as a lead vocalist in the rock and blues outfit Jefferson Starship, later known simply as Starship. During his time with the band, he also found time to record solo albums like 1981's Alive Alone.

He was inspired to pursue music after seeing The Beatles perform live in Atlanta in 1965. He later became the frontman for the garage rock band Lords of London.

He underwent facial reconstruction surgery after being attacked by Jefferson Starship drummer Donny Baldwin in a bar.

He married a woman named Rachel in 2006.

Mickey Thomas Is A Member Of