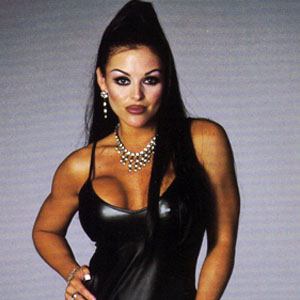 Born Melinda Midajah McCullum, she is best known for her appearances with WCW and World Wrestling All-Stars.

She was a cover model for fitness magazines like Iron Man and Muscular Development.

She defeated Queen Bee in an evening gown match in her final match on April 12, 2004.

She was previously married to bodybuilder, Michael O'Hearn.

She and Ann-Marie Crooks, a.k.a. Midnight, both received their training at WCW's Power Plant wrestling school.

Midajah Is A Member Of