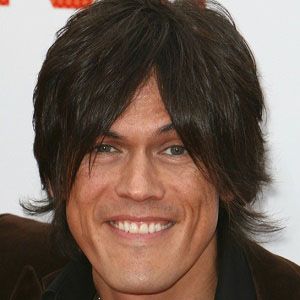 Famous for his debut album MiG and for his performances in London West End stage productions of the rock musicals Rent and We Will Rock You, he is also notable for his third place finish in the CBS reality competition Rock Star: INXS. In addition, he performed on Broadway in the shows Burn The Floor in 2010 and Rock of Ages in 2011.

While attending Macquarie University in Sydney, Australia, he made his professional stage debut in the national tour of Buddy: The Buddy Holly Story.

He performed in the London West End and touring productions of the Michael Jackson-inspired show Thriller Live.

Born to a family of Spanish and Hiligaynon heritage, he spent his earliest days in Manila, Philippines, but was raised in Sydney, Australia. In 2002, he married actress and dancer Simone De La Rue.

He collaborated with Peter Frampton on an acoustic version of Frampton's hit song "Baby, I Love Your Way."

Mig Ayesa Is A Member Of