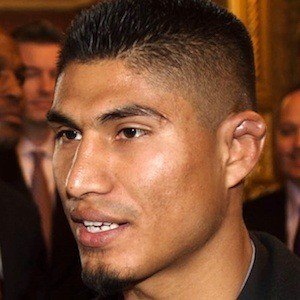 Known as a complete boxer with knockout power in both fists; former Ring Magazine and WBO world champion.

He signed with promoter Bob Arum's Top Rank in 2006.

He was trained by his father Eduardo Garcia and his brother, former IBF champion Roberto Garcia.

Miguel Angel Garcia Is A Member Of