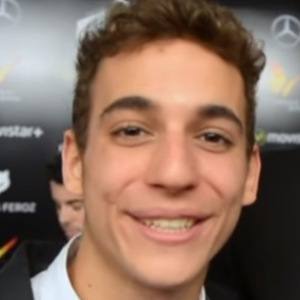 Spanish actor who earned a 2016 Goya Award for Best New Actor for his role in the film A Cambio de Nada. He went on to star in the Netflix series Money Heist as Rio and portrayed Christian in Elite.

He studied acting at the William Layton Laboratory.

He has over 13 million followers on Instagram. He saw the Elton John-created musical Billy Elliot the Musical in November 2017.

He often posts pics to Instagram with his adorable dog. In 2019, he began dating Sandra Escacena.

He starred alongside Danna Paola and María Pedraza in the Netflix original Élite.

Miguel Herrán Is A Member Of