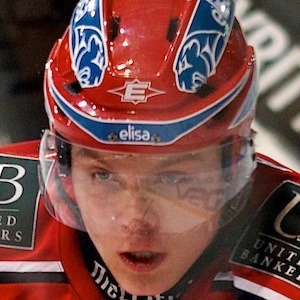 Finnish hockey star who won the Gold Medal at the Hockey World Championships in 2011. He was named Finnish Ice Hockey Player of the Year the same year. He debuted in the NHL with the Minnesota Wild in 2012.

He played junior hockey with Oulun Karpat and was the ninth overall pick in the NHL Draft, taken by the Minnesota Wild.

His brother, Markus Granlund, has also played in the NHL.

He and Sami Salo have both represented Finland at the Hockey World Championships.

Mikael Granlund Is A Member Of