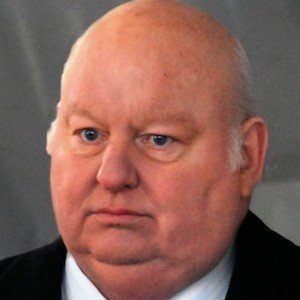 Canadian Senator who was elected as a Conservative representative in 2009 and later served as an Independent until he was suspended in late 2013.

He was a popular television journalist and the recipient of several awards, including an ACTRA Award, two honorary degrees, and an induction into the Canadian Broadcasters Hall of Fame.

He was accused of claiming to reside in Cavendish as opposed to Ottawa in order to claim living expenses which topped $42,000. The controversy led to his resignation and subsequent suspension.

He met his wife, Heather Collins, when she was working as a nurse who cared for him after a surgery. The two married in 1992.

He was appointed to the Senate in 2009 by Canadian Prime Minister Stephen Harper.

Mike Duffy Is A Member Of