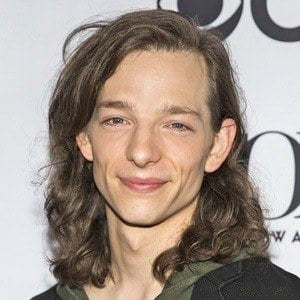 American actor who rose to stardom playing Morris Delancey in his Broadway debut, Newsies, in 2012. He has since won acclaim for his performances in Broadway productions like Dear Evan Hansen.

He grew up in central Ohio and attended Gahanna Lincoln High School. His first stage role was in The Wizard of Oz.

He made his feature film debut in 2012's The Unspeakable Act. He received a Tony Award nomination for his role as Connor Murphy in Dear Evan Hansen.

He was born in Gahanna, Ohio. He has been in a relationship with Alexis Evans-Krueger.

He co-starred with Megan West in a production of A Month in the Country.

Mike Faist Is A Member Of