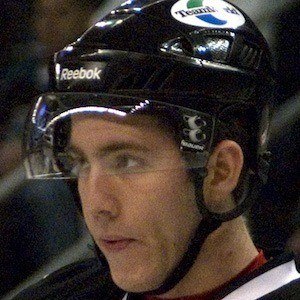 Professional hockey left wing who is known for his time with the Ottawa Senators. He made his debut with the team on December 23, 2011 after having played for their AHL affiliate, the Binghamton Senators.

He began his junior hockey career in 2006 with the Kitchener Dutchmen. He first took place in the Ottawa Senators development camp in 2010.

During the 2014-2015 season with the Ottawa Senators, his 27 goals led the team. He earned a 1-year, $2 million dollar contract from the team following the season.

As a member of the Ottawa Senators, he has played alongside Erik Karlsson, who has served as the team's captain.

Mike Hoffman Is A Member Of