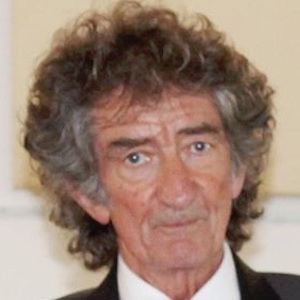 Drummer with the rock bands Spooky Tooth and The Only Ones. Also a session musician, he played on albums by Joe Cocker, Peter Frampton, and The Who.

Early in his career, he played with both Spooky Tooth and the Johnny Hallyday Band.

He appeared on Later with Jools, a popular BBC television show.

He was born in Birmingham, England, and he later lived in London and Toronto. He also spent a period of time living as a farmer in Scotland and Wales.

Mike Kellie Is A Member Of