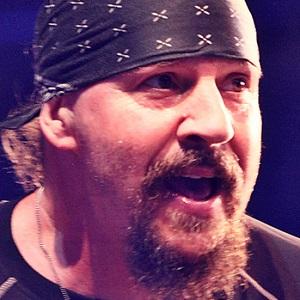 Vocalist and guitarist known for his time as the frontman of the thrash punk band Suicidal Tendencies and the funk metal group Infectious Grooves. He has also released solo material under the pseudonym Cyco Miko.

He was expelled from high school in the tenth grade, at which point he began attending Santa Monica College.

His house was featured on the Discovery Channel show Monster House.

He has played with bassist Robert Trujillo, who would later join Metallica, in Suicidal Tendencies.

Mike Muir Is A Member Of