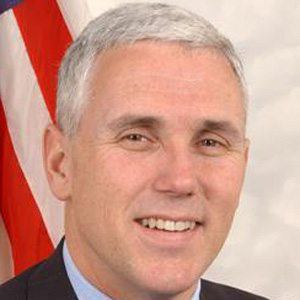 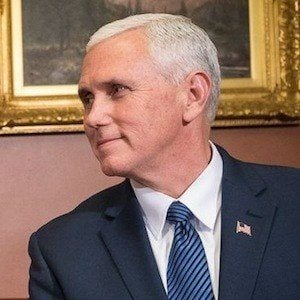 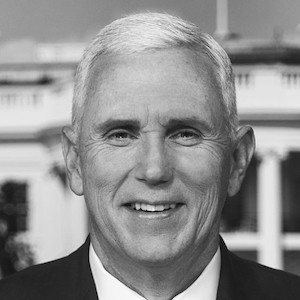 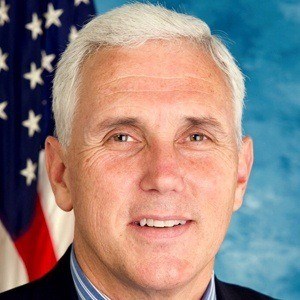 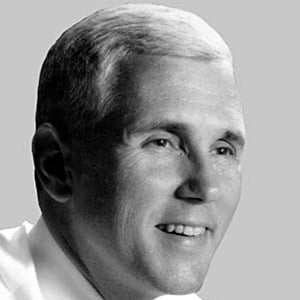 Republican politician who became the 50th Governor of Indiana in 2013 after spending 10 years in the House of Representatives. He is known for advocating against LGBT rights and claimed in 2001 that "smoking doesn't kill." He was sworn in as Vice President alongside Donald Trump in 2017.

A Hoosier through and through, he earned his law degree from the Indiana University McKinney School of Law in 1986.

Before going into politics, he had a popular radio show that was syndicated all over Indiana.

He raised three children named Charlotte, Michael and Audrey with his wife Karen Pence, whom he married in 1985.

He and Senator John McCain visited an outdoor market in Baghdad, Iraq in 2007 to demonstrate how safe the country had become.

Mike Pence Is A Member Of