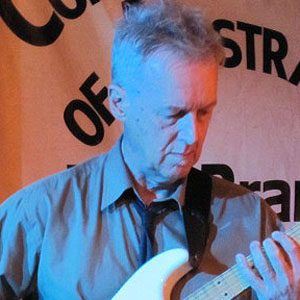 Best known for his work with the 1970s Australian bands Ariel and Spectrum, this singer, songwriter, and multi-instrumentalist is particularly famous for his 1971 chart-topping song, "I'll Be Gone." He recorded over a dozen albums during the 1970s and early 1980s, including Milesago (with Spectrum) and Rock and Roll Scars (with Ariel).

He began his music career during the 1960s, performing with a New Zealand-based band called Chants R&B. Before founding Spectrum in 1969, he was a member of a band called The Party Machine.

A native of Christchurch, New Zealand, he settled in Melbourne, Australia, at the age of twenty-one.

He and his musical contemporary, drummer Virgil Donati, were both members of Australian progressive rock bands.

Mike Rudd Is A Member Of