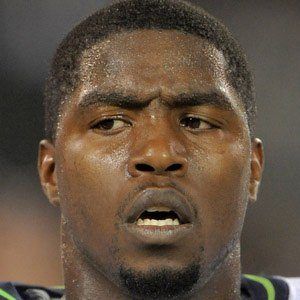 Wide receiver who was selected 10th overall by the Detroit Lions in the 2005 NFL Draft. He played for 4 NFL teams, but never had more than two touchdowns in a season.

He set a USC Freshman record with 1,265 receiving yards.

He was a Biletnikoff Award finalist in 2003, his sophomore season at USC, after catching 95 passes for 1,314 yards and 16 touchdowns.

He had a tough upbringing, he never met his father and his mother wasn't involved in his life after he turned 10 years old.

When he was with the Seahawks, he played under coach Pete Carroll.

Mike Williams Is A Member Of