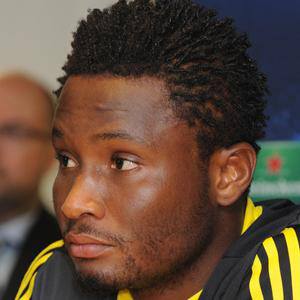 Nigerian midfielder who joined Chelsea in 2006 after spending his first two professional seasons with the Norwegian team Lyn. He became a member of the Nigerian national team in 2006.

He started his soccer career when he was 12, after being selected from over 3,000 kids to play in the Pepsi Football Academy.

He was born and raised in Jos, Nigeria.

He joined Frank Lampard on Chelsea in 2006.

John Obi Mikel Is A Member Of