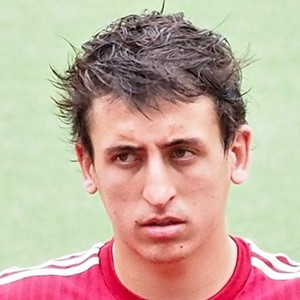 Left winger or forward for the club Real Sociedad who also plays for Spain's national team. He has played for Spain's U18, U19 and U21 teams.

During his early professional career, he was still in pursuit of a business degree from the University of Deusto.

He was born Mikel Oyarzabal Ugarte in Eibar, Spain.

He replaced Carlos Vela in the final minutes of a blowout against Levante UD in his La Liga debut with Real Sociedad.

Mikel Oyarzabal Is A Member Of