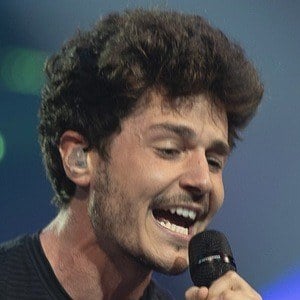 Competitor on the 10th series of the reality competition show Operación Triunfo who finished in sixth place. In 2019, he was chosen to represent Spain in the Eurovision Song Contest in Tel Aviv.

He started making music as a child. For Gala 0 of Operacion Triunfo, he performed a cover of "Prefiero" by Antílopez.

He is from Terrassa, Catalonia. He was encouraged by his parents to become a musician.

He competed on the same season of Operaction Triunfo as Alba Reche.

Miki Núñez Is A Member Of