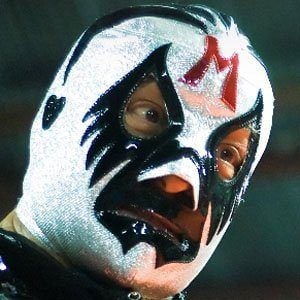 Masked lucha libre who was one of Mexico's most influential wrestlers during his 40+ years as a professional.

He started wrestling in Guadalajara, Mexico in 1965.

He was inducted into the WWE Hall of Fame in 2012.

He had six children, four daughters and two sons, from his two marriages.

He and Blue Demon are considered two of the original Big Three lucha libre wrestlers.

Mil Mascaras Is A Member Of