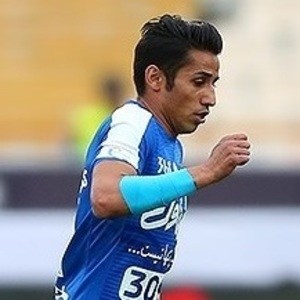 He started his youth career in 2006 as part of the Mes Kerman club. He made his senior career debut with the club in 2009. In 2010 he started playing for the Iran under 23 national team and joined their senior squad in 2012.

He is known for having won the Hazfi Cup in both 2016 and in 2013 with the Naft Tehran and Tractor clubs.

He was born and raised in Kerman, Iran and shared a photo with his two sons through Instagram in September of 2019.

He made hit debut against Mauritania in April of 2012 under the direction of coach Carlos Queiroz.

Milad Fakhreddini Is A Member Of